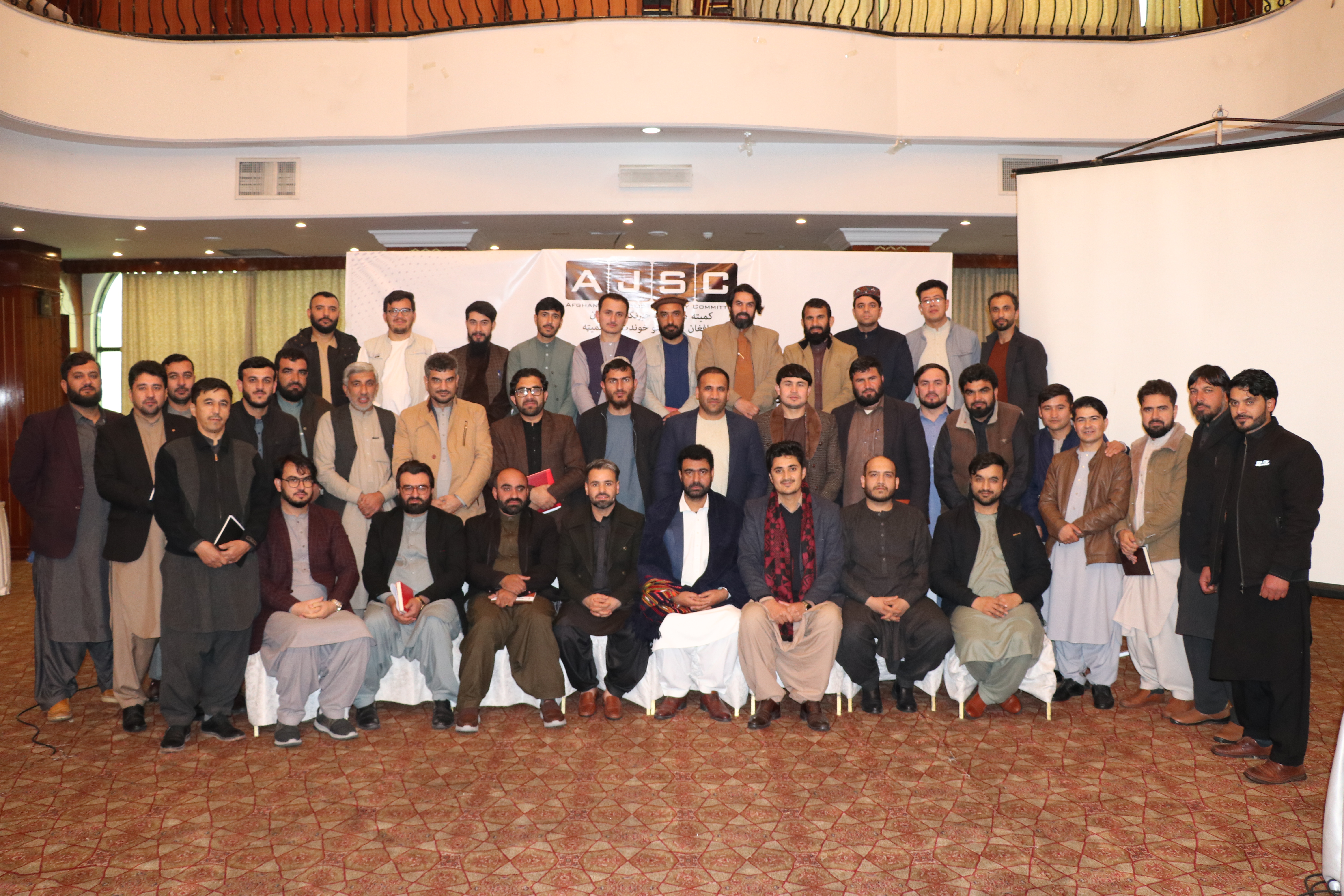 The Afghan Journalists Safety Committee (AJSC) held its Bi-Annual Provincial Coordination Meeting, which was attended by the AJSC’s central and provincial employees, deputy minister of publication and spokesperson of the Ministry of Information and Culture.
The meeting was held to assess AJSC’s activities in the past six months, discuss plans for the next year, evaluate challenges facing media activity and the overall media work situation.
Abdul Qadim Wyar, AJSC’s acting director, referring to the AJSC’s activities regarding addressing the challenges of journalists and creating better coordination between government and the media, said that despite significant progress in some areas, the media and journalists are still facing serious financial problems and have issues in accessing information. Mr. Wyar urged the Ministry of Information and Culture to address the financial problems of the media and facilitate better access to information for journalists.
Hayatullah Mahajer Farahi, deputy minister of publication of the Ministry of Information and Culture, in addition to appreciating the AJSC’s work, said that the IEA is trying to facilitate journalists’ better access to information by recruiting spokespersons for government entities. Mr. Farahi added that discussions are ongoing with the relevant authorities to address media houses’ financial issues such as exemption from tax fines and changing media houses’ electricity tariffs from commercial to residential.
The AJSC has held more than 600 advocacy and coordination meetings with government officials in the past year and more than 1200 journalists have benefited from its support programs. Furthermore, during the past year, more than 500 journalists have been trained in the AJSC’s capacity building programs.

The AJSC has been tirelessly working to facilitate a safe environment for journalists and better coordination between government and the media. 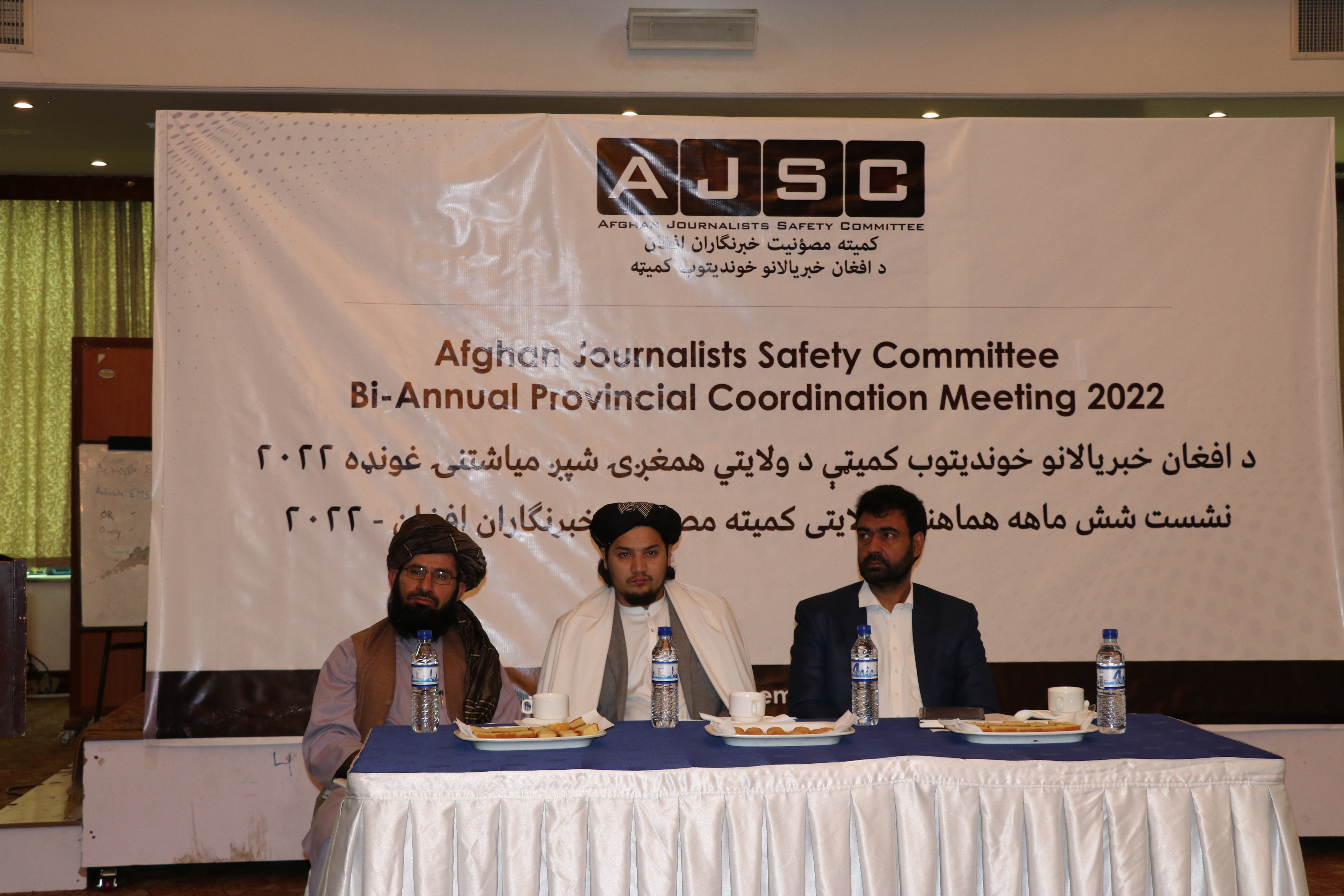 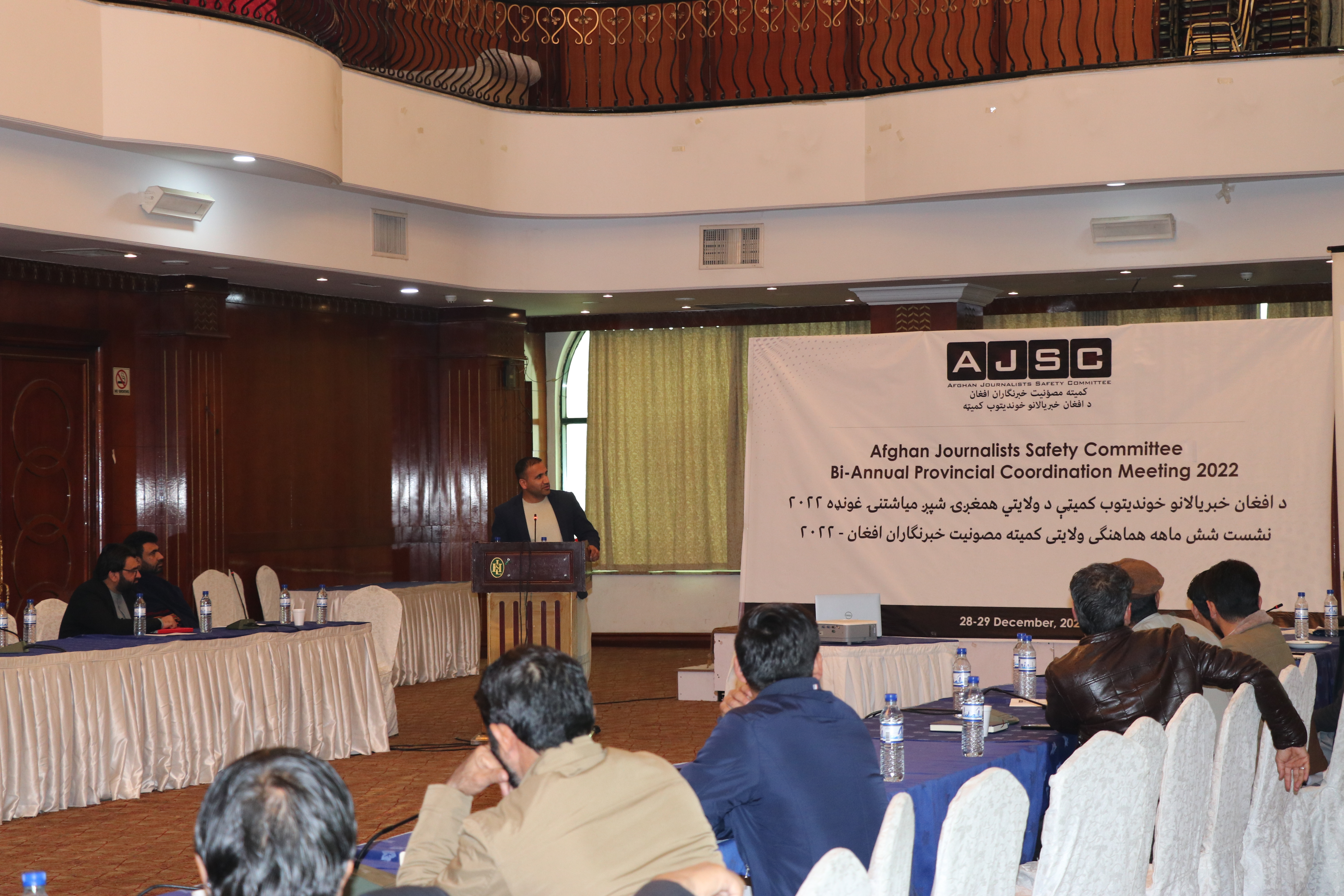 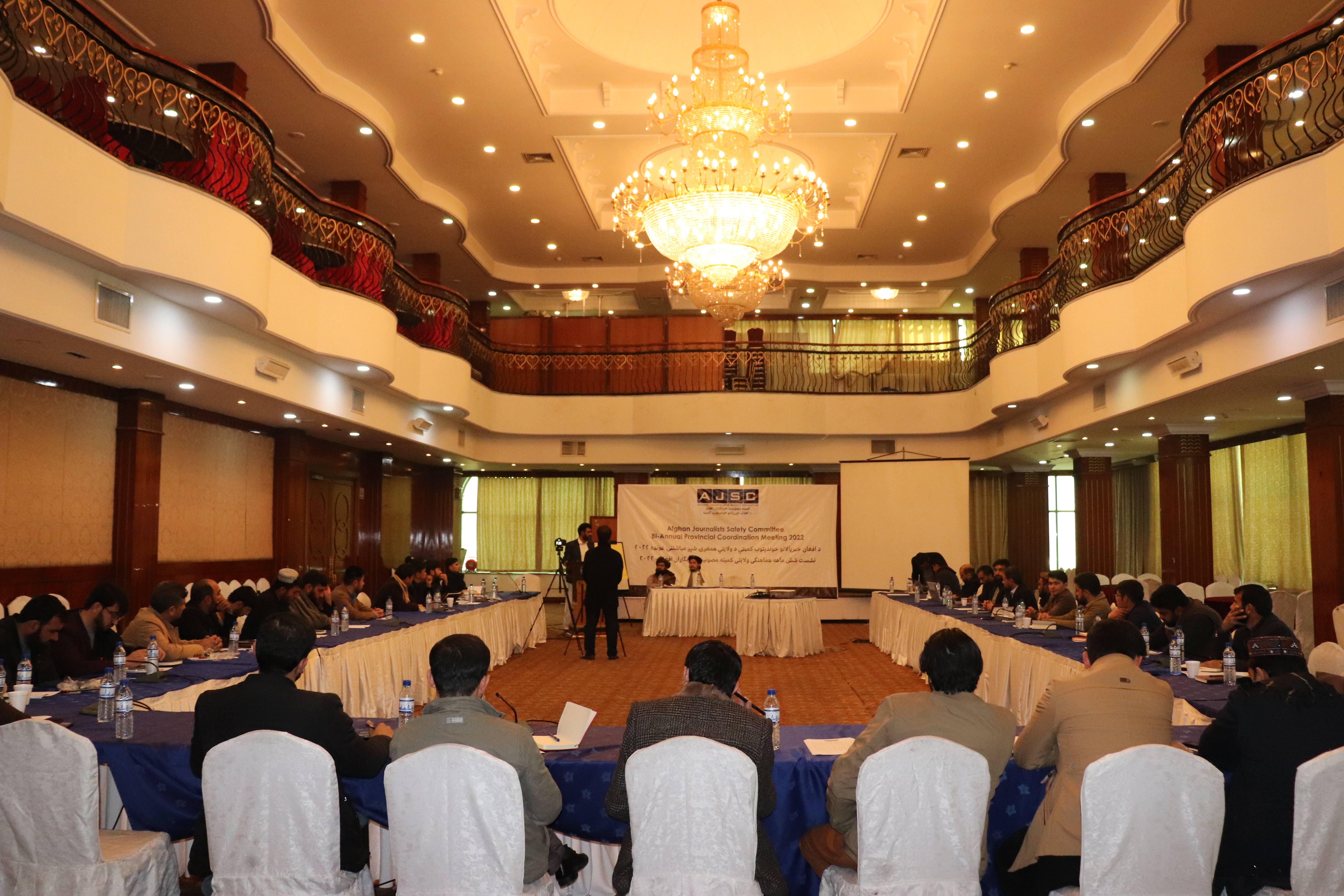 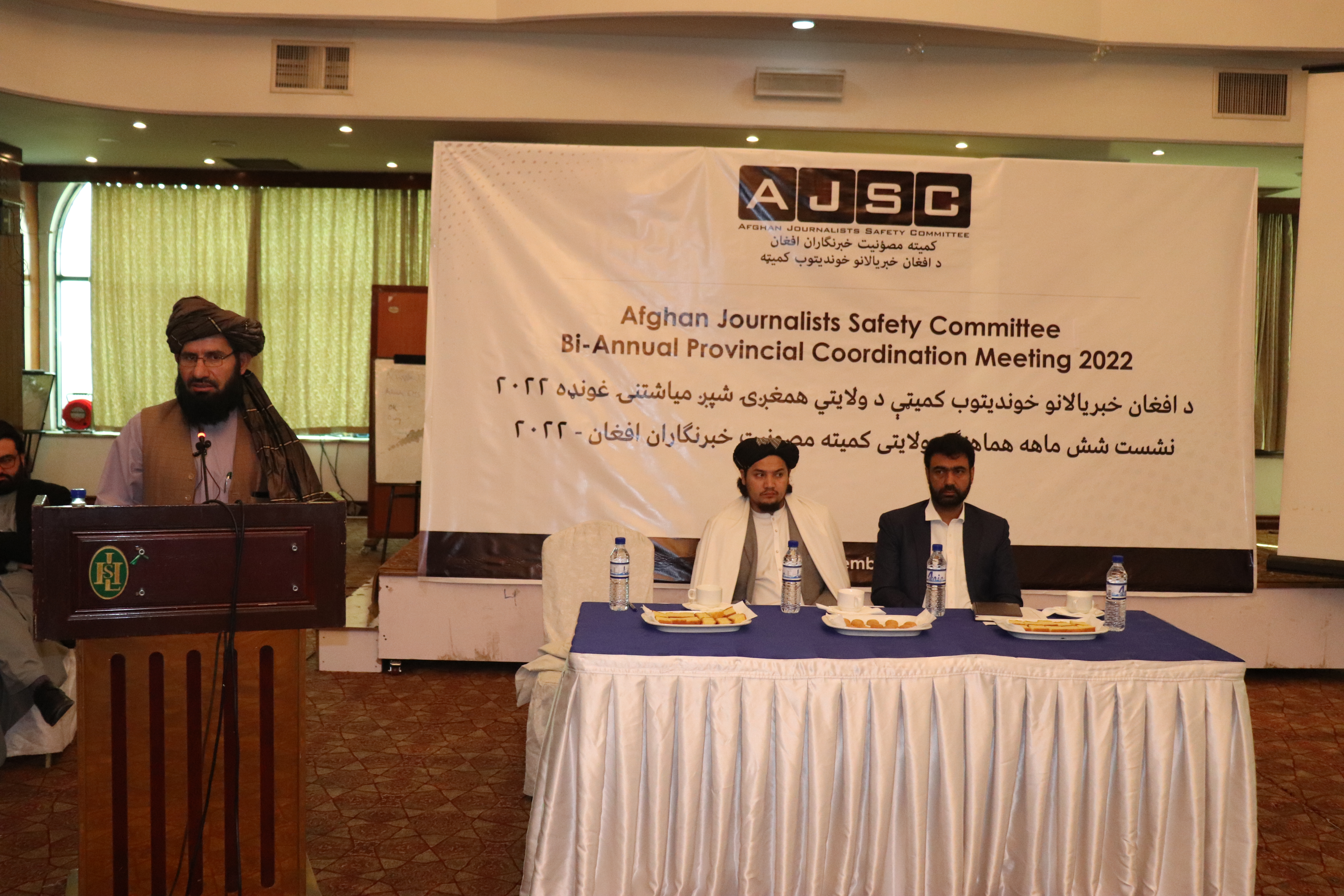 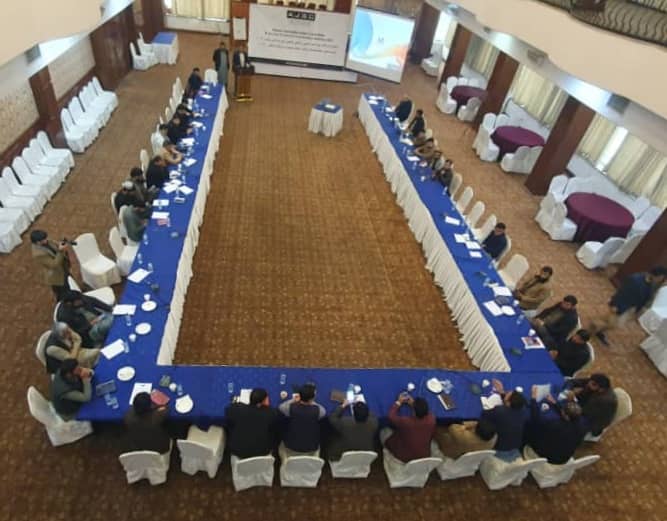