Dramatic Increase against the rise of violence against reporters 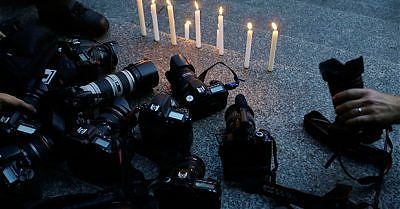 The report cites Afghan government workers, Taliban and warlords as the main source of intimidation and violence against journalists. Among them, violence perpetuated by government workers is mainly concerning because for AJSC government is obligated to promote and protect safety of media workers by principle and by law and their resorting to violence is by no means justified. It also states that the increasing distance between media and government has perpetuated a vicious cycle where the government will increase pressuring media workers and media in turn will expand its efforts to destroy the government, a scenario which will damage both the government and the media and will only benefit the Taliban and other insurgent groups who accuse the government and the media as being tools in the hands of foreigners to promote their interests.

The report also states that violence against media workers will increase in the run up to the elections because journalists will fall victim of electoral campaigning and the potential rise in the terrorism acts of the Taliban.

The report also states that the situation of female media workers has been considered miserable where they are not only being forced to abuse but they are also the first to lose their jobs in case of financial pressure on the outlets.

This is the first comprehensive report on the state of violence against journalists and Afghan media that has been produced by an Afghan entity. It is AJSC’s first report and AJSC will produce one report each six months to highlight the status of media and the challenges facing it.