The Challenge of the Unwritten yet above the Law, Facing Afghan Media 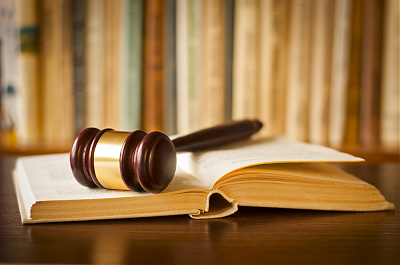 Journalism in Afghanistan occasionally faces absolutely unexpected challenges – a challenge that emerges all of a sudden and involves a media outlet so drastically that does not allow any opportunity for reaction, coping or correction of the mistake. Although the written laws of the country have given media certain freedoms, in some cases personal tastes and discretions prove way stronger and handicapping than the law. At a minimum, when a written law is in place, the executives will plan accordingly. They can read those laws and become aware of their dos and don’ts thereby aligning their programs with those provisions. Even though our laws are confusing and contradictory in some instances, which pave the way for problems, but personal discretions and preferences are even bigger trouble makers.

Such issues have occurred quite frequently as the media were experiencing the new atmosphere in Afghanistan over the past thirteen years. There were many cases where a Jihadi leader or some other powerful individual would not like a report or news, and because of having power, they put the concerned media under pressure. Even though in some cases the contents of a media or a specific show of a presenter had no legal problems, still the media had to set back just because its programs were not matching the taste and discretion of a certain group, or it faced violence and rage whenever it resisted maintaining its position. This happens more frequently to small media outlets in provinces and districts for the following two reasons:

Firstly, owing to their economic issues, local media outlets usually hire unprofessional staff. They work for the media either for a low salary or as volunteers but they lack the knowledge required for programing and the experience to comprehend different aspects of a subject matter. They act emotionally and unprofessionally as a result of which they commit mistakes that bring about uncontrollable reactions.

Secondly, this type of media usually have little support, as such, they are easily influenced. They have little capacity to resist or disobey. However, the greater media outlets are not usually affected by such issues as they enjoy a greater support, or they resist more conveniently. In some cases they have even resisted against government’s orders and refused to succumb to them. For example, Tolo TV was put under pressure several times by Ministry of Information and Culture for some of its shows but it resisted and succeeded in many cases.

This issue has resulted in a big difference in the scope of work of small and big media outlets. The small media sustain more restrictions and their scope of activities is much more limited than the big media.

Thus, the following two things need to be done in order to tackle the challenge of discretional behaviors and personal interpretations and the ensuing problems and violence encountering journalists:

Firstly, the media outlets must be more vigilant and professional. They should replace the unprofessional staff members with professionals and should utilize experienced persons as the gate keepers for their news and important shows. They should employ caution while approaching sensitive topics and should consider the sensitivities among their audience especially when it comes to culture and religion.

Secondly, the government, as the executive and enforcing body of law and justice, should extend the required support to the small local media. The government should not allow parallel powers that impose their personal or political viewpoints instead of the law on the society thereby leading the country towards crisis. With parallel power sources in place, people’s trust in the government will fade away.

Currently, insecurity, weak economy and a conservative society are among the fundamental issues facing Afghan media.