Afghan Government, One of the Main Addressees of November 2nd 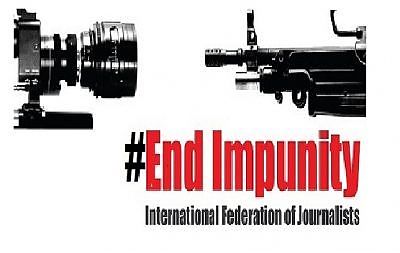 Eight years and five months have passed since Zakia Zaki, manager and presenter of Sada-e-Solh (the Voice of Peace) local radio station, was riddled with seven bullets at her house in Jabal-ul-Saraj; however, no one has so far been prosecuted in relation to the crime. Same has been the destiny of almost another 50 cases where the criminals have brutally murdered journalists solely on charges of being disseminators of information or whistle blowers; yet, no one was prosecuted and none of the cases led to conviction.

Violence against journalists has emerged as a global issue against freedom of expression. A recent UNESCO report indicates that the phenomenon of impunity from prosecution is on the rise with only 7% of the cases of violence against journalists so for addressed all over the world. Considering the importance of this issue, UNESCO proclaimed the 2nd day of November as the ‘International Day to End Impunity for Crimes against Journalists’ hoping to use vast publicity to draw the world’s attention to this issue thereby harnessing its expansion. Also, in May 2015 The United Nations Security Council adopted a resolution (resolution #2222) urging Member States to implement definite measures countering the present culture of impunity. However, despite the increasing attention of the international human rights advocacy organizations to this issue, governments – including Afghan government – have so far largely failed to counter the presently rampant phenomenon of impunity.

In Afghanistan, the leaders of the current government signed a written commitment letter prior to election run-off phase pledging to instruct the law enforcement and judicial bodies to reopen and reinvestigate the cases of journalists’ murder, and to make every effort to punish the culprits of crimes against journalists. In one instance, the first vice president even ordered the Attorney General’s Office to reinvestigate such cases; however, despite all this, no progress was made in practice and the Afghan government continues to fail in this department. The Afghan government should know that it is one of the main addressees of November 2nd in the world.