Well Begun is Half Done! 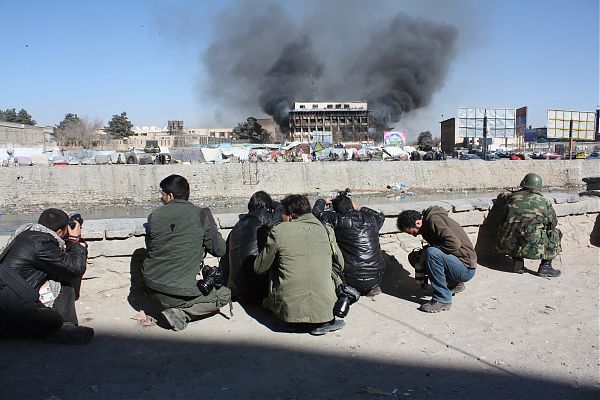 President Ashraf Ghani started his office with some promising measures for media workers. The actions he has taken so far are signaling a good start that will hopefully be followed by a good finish too.

In fact, President Ashraf Ghani took his first step in support of freedom of expression well before assuming office and prior to the announcement of elections results when he welcomed and subscribed his signature to the commitment letter which obliged him to comply with its provisions. That commitment letter contained important points in support of the achievements of the last thirteen years and is, indeed, a guarantee for further growth of freedom of expression in Afghanistan in the near future.

His other step was to lift the ban on The New York Times Columnist Matthew Rosenberg’s reentry to Afghanistan in the early days of his government. During the last days of President Karzai’s government, Matthew had written in an article published in The New York Times newspaper that a number of government’s high ranking officials were discussing an interim government to break the electoral impasse. The mentioned article infuriated President Karzai’s government to the point that it decided to summon the columnist by the Attorney General’s Office followed by his eviction. Furthermore, Mr. Matthew was denied reentry to Afghanistan.

The issue obscured the international image of Karzai’s government during its last days; however, understanding the importance of the issue in the eyes of the international community, President Ashraf Ghani lifted the embargo during the very first days of his office before any pressures would be placed on him and his government in this respect. This was the first signal in practice by Ashraf Ghani to media workers and supporters of freedom of speech. Recognition of Mr. Matthew’s right to travel to Afghanistan was welcomed by civil society organizations and media in Afghanistan.

Moreover, Mr. Ashraf Ghani gave priority to meeting with journalists and representatives of media support organizations. Journalists and media managers had a meeting with the President last Friday night. The President stressed again that he would not spare any efforts to promote freedom of speech. He urged the media managers to discharge their obligations and help the government work better through investigative journalism.

In this meeting President Ashraf Ghani clearly encouraged the media supporters and journalists to put forward all the expectations they had from the government and pledged that he would act upon their demands. The President prompted the audience to utilize the opportunity so they will have no complaints in the future. These clues indicate that President Ashraf Ghani wants to improve the environment surrounding the government and free media. However, an important consideration in this regard is for the media operators to be able to make optimum use of this opportunity.

If these promises of the President will be realized, we can expect important positive changes and fundamental reform in the area of freedom of speech. Although some considerable obstacles such as government powerful officials who have no inclination towards cooperating with media and lack commitment to freedom of speech, or the security forces who have not been trained on how to deal with journalists, continue to exist, however, what the new President has shown so far has raised hopes for a better future of freedom of speech.