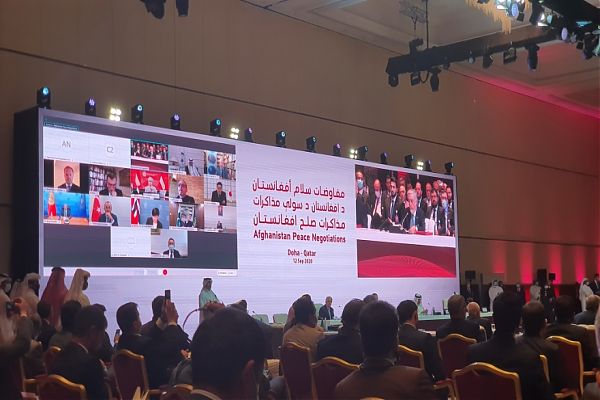 For IMS partner AJSC protecting Afghanistan’s hard gained press freedom achievements heavily depends on the political will, flexibility and willingness of Taliban to accept freedom of media and expression as a value, not only during the ongoing peace talks – but also long term.

Media freedom gains in Afghanistan have been real, despite conflict and constant threats to media worker’s safety. Contributing to those gains is the Afghan Journalist’s Safety Committee (AJSC), which operates a comprehensive safety and protection mechanism for journalists and media workers in Afghanistan. But for Director Najib Sharifi, there’s reason to be seriously concerned about the longevity of those achievements in the media sector, and that is why AJSC – together with the Afghan media community – back in April 2020 launched a Roadmap to ensure that negotiations would address the need for protection of press freedom and freedom of expression.

“Afghanistan’s constitution strongly upholds press freedom, but that could easily change if the Taliban were to gain political power. Taliban disagrees with the very idea of press freedom and losing these basic democratic rights will be disastrous for the nation”, says AJSC Director Najib Sharifi.

The Roadmap sets forth specific proposals for the various stages of the peace talks; both for the Afghan Government and the negotiating team, as well as for international stakeholders and the media community.

“We will work towards its implementation and we call on the Government of Afghanistan, International stakeholders and especially the negotiating team to consider the Road map during the talks, Sharifi says”.

Danish Karokhel, director of Pajhwok Afghan News believes that the Roadmap reflects that the Afghan media community is united towards protecting editorial freedom of the press and that it is important with robust argumentation to convince negotiating parties to protect freedom of expression.

The Afghan state’s negotiation team includes women and there are women media workers reporting from the negotiations in Doha, but such gains in inclusion and gender equality may also well be at risk. To avoid such a scenario, AJSC’s gender unit is actively advocating for women’s media workers’ rights by focusing on women specific campaigns, conducting meetings with key members of the negotiating teams, and participating in talks with various media outlets to raise awareness on women related issues amongst the delegates.

“As a woman journalist I am frustrated and worried about my future and the outcome of peace in Afghanistan, and I have concerns if I can continue my media work in a fear-free environment,” says AJSC Gender Coordinator Wahida Faizi.

AJSC is in regular contact with negotiating delegates and advocate with negotiating parties to bring up freedom of expression and human rights and ensure that such matters as part of the final agenda.