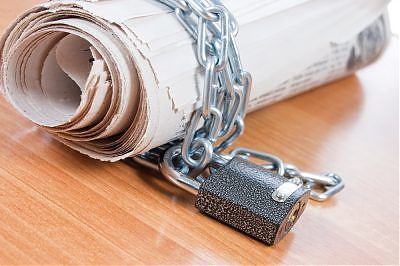 In December 1993, United Nations General Assembly denominated the 3rd of May as Press Freedom Day at the suggestion of UNESCO. According to the UN website, the purpose of celebrating this day is primarily to commemorate the principles of press freedom and to evaluate the status of freedom of speech all over the world; and also to defend press independence and pay tribute to the memory of the journalists who have given their lives to deliver information.

Such days can be of a higher importance for developing countries or the countries making transition towards democracy like Afghanistan as a country which is exercising a fledgling democracy on one hand and is experiencing threats to its recently gained freedom of expression, as the biggest achievement of the nation over the last 13 years, on the other. Amid such a situation, anything that can draw attention to the status of freedom of speech, can prove effective.

Today, violence against journalists in Afghanistan is at its peak; the media organizations are unprecedentedly challenged by financial constraints; and extremism has emerged as an obstacle in the way of freedom of speech. In such a situation, Afghanistan needs to utilize any and all means to draw the attention of the state, the people and the international community to safeguard the young democracy in this country.

Another purpose behind commemoration of this day is to remind the states and institutions to defend the principles of press freedom as a fundamental right of the nations and be committed to complying with it. The state needs to be reminded that democracy without freedom of speech will lack credibility and will never be realized.

Commemoration of such days also creates the opportunity to remind the powerful individuals, insurgents and other opponents of freedom of speech in Afghanistan that a nation cannot be deprived of their undisputed rights.

Moreover, the ceremonies held on such days can also educate the public about the importance of press freedom in a modern and civilized life. They should become aware that dissemination of information, freedom of speech and access to information are among their fundamental rights which they should protect by hook or by crook and do not allow anyone to deny these rights to them.

And finally, this kind of days helps the nation to remember the memory of the journalists who had given their lives to deliver information to the people of Afghanistan.