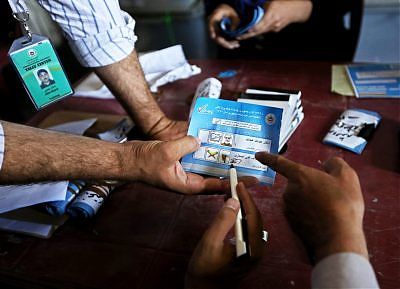 The measure was taken in the light of increasing intimidation and violence against journalists and the lack of sufficient support from the government for the media and freedom of expression.

The document contains specific and practical measures to support media, freedom of expression and media workers with a prominent focus on safety of journalists.

Najib Sharifi, director of Afghan Journalists Safety Committee, said at the press conference where he presented the document to the media: “Media and freedom of expression are the biggest achievement of post-2001 Afghanistan and no other body has as important of a role as the government in preserving and expanding this achievement.” He also added that neither of the candidates had any clear and specific agenda in their platform for the media, freedom of expression or the safety of journalists; therefore, there was a great need for such a document.

Considering the powerful material that exists in the resolution, many observers consider this the biggest achievement of the advocacy work of media support organizations since 2001.

Faheem Dashti, president of Afghan National Journalists Union says, we have had many achievements in the past decade but none of them has been as solid and powerful as this one. It is because very specific and measurable items have been placed in the resolution and it makes it easy for media support groups to follow it up with the future administration and ensure their implementation.

Among the articles enshrined in the resolution, the following two are of paramount significance:

Article four of the resolution obligates the future president to compel the relevant judicial bodies to reexamine and investigate cases of murdered and injured journalists and share the results of these investigations with the media. And article 11 obligates the future president to create a national trust fund in support of journalists. The president himself will also be obliged in striving for raising funds for this fund. It also states that the authorities of this fund be granted to a joint board that is composed of representatives of private and state-run media outlets and media support organizations and the government ministries will not be allowed to interfere in its affairs.

Media support organizations are committed in strictly pursuing implementation of this resolution with the future government, Najib Sharifi adds. He also states such a commitment from the future leader was very much needed to reverse the setbacks media and freedom of expression has suffered in the past couple of years due to lack of support from the government towards journalists and for freedom of expression.

According to AJSC’s first biannual report, violence against journalists has increased by 60% compared to the first six months of the year 2013 and government workers including security forces are responsible for 63% of the cases of violence and intimidation.