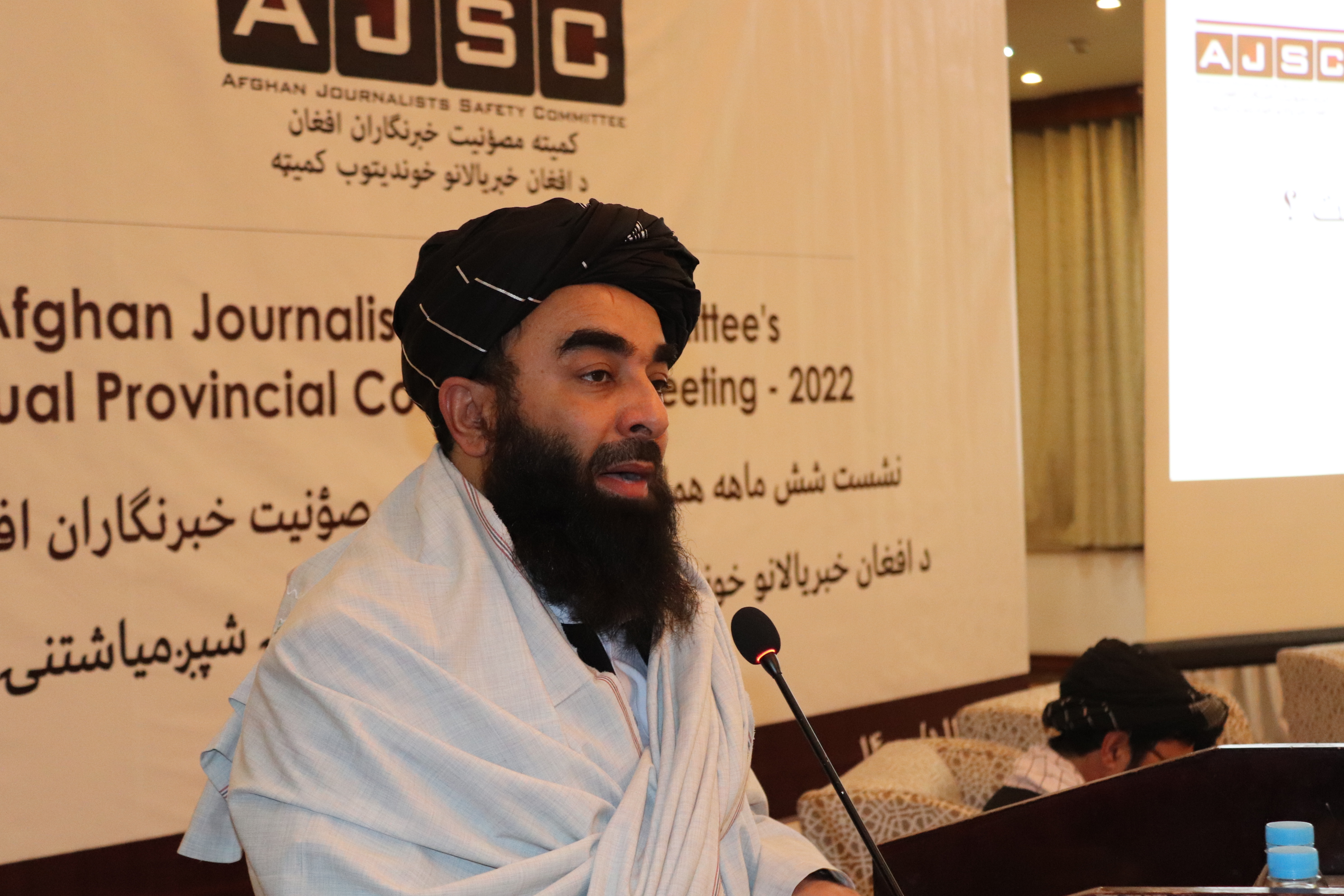 At the biannual meeting of AJSC, Zabiullah Mujahid, Spokesperson of the Islamic Emirate and Deputy Minister of Information and Culture, said that the Mass Media Law of Afghanistan is still enforceable. He added that the Media Violation Commission and a Joint Commission of media and the government would be established soon.

Mr. Mujahid stated that the law on mass media is in force and that the Media Violation Commission will be formed soon to investigate the problems and violations of the media. Mr. Mujahid added that after the formation of this commission, no institution or ministry in the Islamic Emirate will interfere in the work of the media outlets in the country.

Mujahid added that in case of violence against journalists, they can share and register their cases with AJSC. The Afghan Journalists Safety Committee will coordinate with relevant institutions to investigate and handle those cases.

During the meeting, the provincial representatives of AJSC expressed their concerns and challenges they face and asked for the cooperation of the Islamic Emirate for solving those problems.

The Afghan Journalists Safety Committee, as one of the first media supporting organizations in the country, received the commitment of the leadership of the Islamic Emirate in addressing the problems of journalists including access to information, activities of female journalists, and solving the cases of violence against journalists.

National Journalists Day was celebrated in different provinces of the country

Press Release of AJSC on Detention of a Journalist in Kandahar