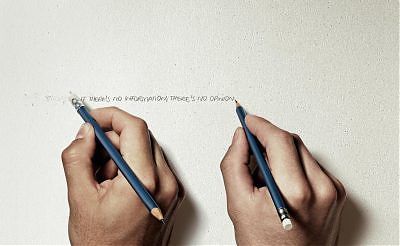 So where is conflict-ridden Afghanistan in terms of Freedom of Press in the year 2014 following a decade of state-building and efforts to promote Democracy and open society.

Well, it is safe to claim that achievements in the field of media and freedom of expression are the biggest gain of Afghanistan after the fall of the Taliban regime in 2001. Under the Taliban, there was one state-run radio station and one newspaper. Both of them were used solely for the purpose of spreading the propaganda of the regime. However, according to statistics provided by the Ministry of Information and culture, today, there are 75 private TV stations, more than 200 radio stations and hundreds of newspapers and magazines and websites across the country.

For a country that lost its infrastructure during the three decades of conflict, a sudden boom in the media and abrupt creation of space for freedom of expression was beyond imagination of many local and international observers. Few could predict such massive growth both in terms of quantity and quality and few could anticipate a sudden break with the old precedent of dictatorship and authoritarian rule and mindset.
So, what made this possible? Among a host of factors, the following three are the most prominent reasons:

1- The thirst of Afghan people in expressing their grievances and desires: An atmosphere of authoritarian rule for three decades— from early 1970s to 2001—whereby individuals would simply get sentenced to execution for even one anti-regime word— created tremendous thirst among Afghans to express themselves via any possible means when the opportunity presented itself. After the fall of the Taliban, many Afghans from lawyers to physicians sought to be part of building the new industry often at the cost of abandoning their profession. They simply wanted to contribute to creation of a platform where they could express themselves and facilitate for others to air their aspirations and problems.

3- International community’s generous financial, moral and political support to creation of media outlets and supporting of an open space for freedom of expression was significant. The international community also exerted the needed pressure on the Afghan government and other prominent players to respect freedom of expression and refrain from attempts to suppress it.

Afghan media have played an invaluable role in highlighting priorities for the government, bridging the gap between the center and the communities and promotion of human rights, women rights and maintaining a robust observership role over the performance of the state. Furthermore, they play an indispensible role in the strengthening of the country’s young democracy.

Afghanistan’s gains in media and freedom of expression also had an impact on the region as it made regional journalists curious about the rapid changes in Afghanistan and how they came about. Journalists of the regional countries have come to Afghanistan in large numbers to learn how the Afghan media managed to jump from one state-run media outlet to hundreds of outlets assiduously watchful and critical of government’s actions.

Considering the important role media have played in creating an open society and succeeding Afghanistan’s journey in its democratic endeavor, it is of paramount importance that both Afghan government and international community support the industry and the profession. The Afghan government needs to refrain from suppressive attempts and policies and instead identify common grounds so that it helps media fill the gaps and shortcomings in the profession. Pressuring media and journalists will not only fail to address the shortcomings but it will also expand the distance between journalists and the government. This is particularly important for the future administration to keep in mind. It needs to appoint supporting media and freedom of expression as its top priorities. Additionally, the future government needs to take up meaningful measures to improve safety of journalists as the trend of intimidation of journalists is rapidly growing.

The international community needs to incorporate supporting media into its strategic priorities. From among their investments, media has paid off the most in achieving the objectives of an open society, growth of democracy and creation of an accountable state. They should also invest on increasing capacity of media to create socially constructive content.

Despite all of its shortcomings, Afghan media will continue to play a crucial role in Afghanistan’s state-building and democratization process and a strong, professional and independent media will guarantee Afghanistan’s success in its long but tough journey.