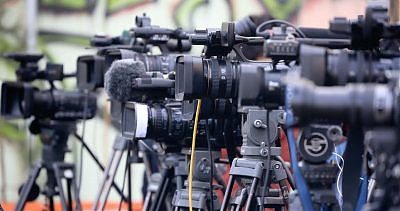 This survey has also recorded the frequency of those symptoms. The frequency of the symptoms not only adds to the strength of this report but also showcases the severity and magnitude of psychological conditions among journalists.

Psychiatrists diagnose a person with mental disorders after finding three of the above-mentioned symptoms, at a minimum. The increased frequency of these symptoms indicates the intensity of the disease. The qualitative and quantitative analysis of the data collected through this survey shows that a total of 71%% of Afghan journalists are suffering from psychological disorders with different levels of severity. The reason for the increased psychological disorders among journalists is that they are consistently dealing with coverage of the incidents in the country most of which are of the violent type. According to the findings of this survey, the prevalence and severity of these conditions are higher with journalists who are directly involved in news coverage of violent incidents compared to other journalists and they are less likely to show interest in their job and more likely to quit.

Afghanistan has a high rate of psychological disorders thanks to a variety of reasons including the continued war and violence, economic and social issues, and lack of access to quality healthcare services. According to research conducted by the World Bank in Afghanistan in 2011, half of the population of Afghanistan, 15 years old or higher, is suffering at least from one of the three psychological disorders such as depression, anxiety, or Post Traumatic Stress Disorder. In addition, the results of another survey conducted by the Queensland University of Australia show that Afghanistan has the highest rate of depression in the world.

AJSC considers the psychological disorders alongside other problems of journalists as a serious issue facing them and calls on the relevant entities including the Ministry of Information and Culture to launch mental health support programs for them. Inattention to this issue will not only hinder the qualitative growth of journalism as a profession in Afghanistan but also will contribute to increased journalistic mistakes and social problems of journalists.