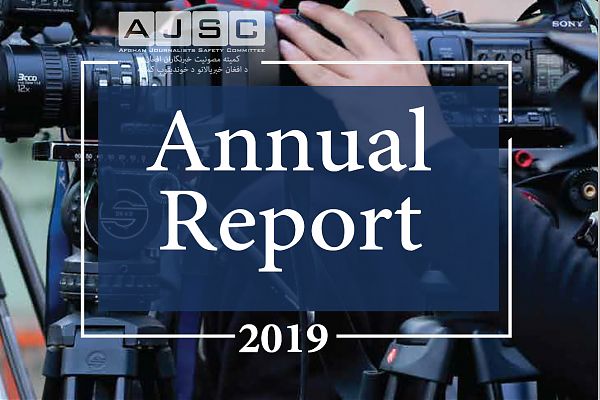 2019 was a crucial year for Afghanistan. Despite unprecedented peace eorts, level of violence escalated in the country, leaving its impact on journalist safety and the state of coverage of events by the media. Although the challenges created by the escalating violence towards comprehensive coverage of incidents did restrict the reach of media to cover events that took place in the volatile parts of Afghanistan, the media managed to effectively cover the two main happenings of 2019, which were the presidential elections and the peace talks.

In general, the country faced a financial crisis in 2019 affecting the media badly and causing 40 media outlets to close their offices. Likewise, 409 journalists and Media workers were forced to go unemployed. On the other hand, as part of commitment towards bettering media and the freedom of speech in Afghanistan, 25 new media outlets were established.

Afghan Journalist Safety Committee (AJSC herea­er), as Afghanistan’s leading entity working towards press freedom and journalist safety, prepares annual and semi-annual reports on safety of journalists and the state of press freedom in Afghanistan. ‑is AJSC’s 12th report, which covers countrywide incidences of violence and threats against journalists and depicts major happenings with regards to freedoms of press and expression.